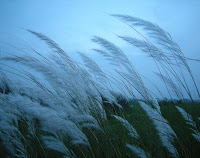 Correct me if I am wrong, but the world to me is primarily divided into two categories of homosapiens—the Bongs (Amra Bangali) and the non-Bongs (Obangali). Ask a Bengali who wasn’t raised in Bengal and he’ll almost immediately give you innumerous accounts of how even he has often been singled out, tagged with a “probashi” status in his own league and reminded that his culture is perhaps “slightly different” from those raised on the soils of Bengal. To the “Amra Bangali” confederation, much as you may beg to differ, you are either a Bong or an alien (oh yes, you may not have a fluorescent green glowing face and two little antenna, but then who cares?). Marxist or Martian..the choice is clear!

That leaves us all with the question—who is a True Blue Bong? The wise men would claim, “One who thinks before the world does.” To which, I would love to humbly add, “…and reacts after everyone else does”. Jokes apart, given the benefit of our intellectual progression, the quintessential Bong is always ahead of his times; he rightfully deserves every bit of the quiet and respite (lyaadh in the campus lingo) that follows once the issue has moved from the mind to execution. He’s an intellectual, you see. His job is to perceive before anyone else. The lesser mortals can then follow up and do the rest. You can go struggle for the Victoria Cross. The Bong with a capital B (and I mean underlined and in shining neons!) is happy to keep his Nobel and Oscar. You don’t believe me? Find me a rickshaw puller who earns less than $5 a day and spends a cent watching a Ray film or reads the newspaper in any other race, and I’ll give you my right arm (Well….that I may have the latent potentials to be ambidextrous is another story we can discuss some other time!).

Undoubtedly, the nectar of our intellectualism seeps deep into our bone marrows and we find its manifestations at rather odd places. Ask a typically “probashi” and he’ll agree. “What do you mean by pujo pujo feel, neel akashe shona shona roddur? It’s just a bright September morning and it’s not raining!” You don’t agree to such “nirosh” weather updates, do you? I certainly do not.

By now, you probably know what I am rambling about and perhaps can identify with a chunk of it too. Simply put, we find great meanings in little things in life and the NASDAQ or gung-ho about an economic downturn doesn’t quite bother us as long as we have one good book to read, one cup of Darjeeling tea every morning, the refrigerator stacked with cleaned and salted maach and mishti, one “must see/must hear” theatre, concert or movie ticket in our pockets and an eight-hour sleep on our own beds. Trust me, ladies and gentleman, no one else in the world happily chooses jhaal muuri and phuchka over any other delectable snack, no one else plans a lavish vacation every year no matter how crunchy the pockets are (we call it deshe phera or bari jawa), nowhere else in the world do people have a hint of what a nirbhejal adda with a slice of gaan, khawadawa, alochona on politics, films, literature, art and topped with harmless PNPCs, could mean. Talk about high altitude, and you'll see a Bong draped in mufflers and monkey cap drinking tea from his flask on the Alps; take a dive deep into the underwaters of Malaysia and you can't miss the shankha pola on your scuba diving partner's thin arms; up in the air on a parachute in Bali...and be sure you can hear someone parasailing by crooning "Emni korei jaaye jodi din jaakna"... the over enthusiastic Bong is everywhere, at least in his dreams.

We select “dokra” and “dosta” over gold and diamonds; we think glittering sequins are passé, dig into our grandmother’s closets and create a rage in design with the simplest of embroidery and call it “kantha”, we prefer ilish to caviar, our homes have at least one terracotta piece, and “Purano shei diner kotha” is our national anthem, whether we are in Singapore, Chicago or Timbuktu. No matter what the color of our passport is, we are… always and everywhere Bongs first!